This project was created by Omar Al-Khatib and James Trinh for CS 428 (Augmented and Virtual Reality) at the University of Illinois in Chicago. This started as a blank office with VRTK incorporated in it, and then each group member were to pick a cubicle and decorate them. 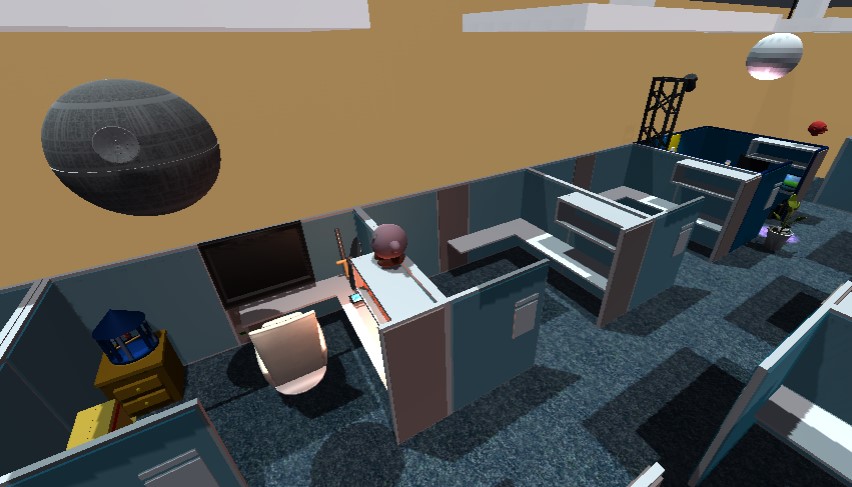 What you can do in the project

Below is a table of all the sources we use for codes, models, and audios. 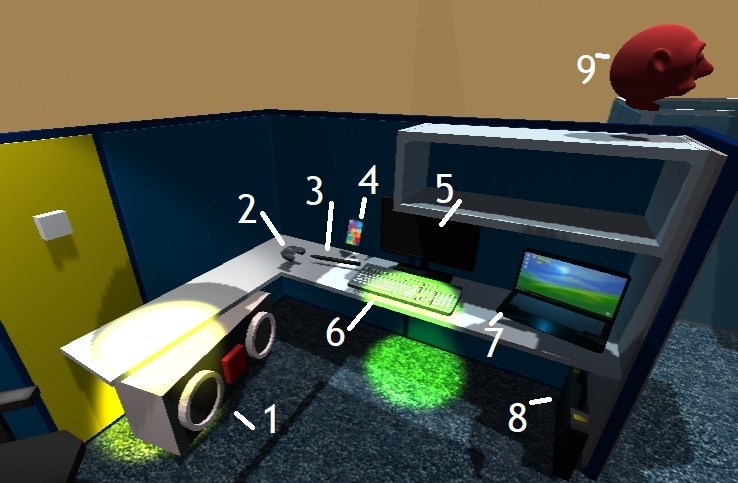 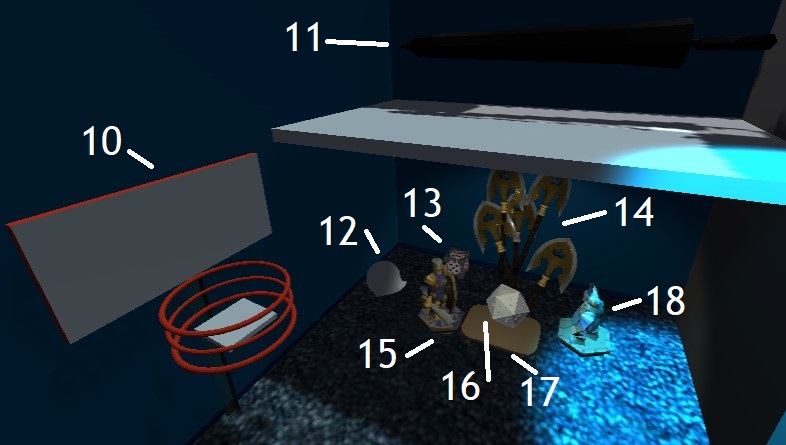 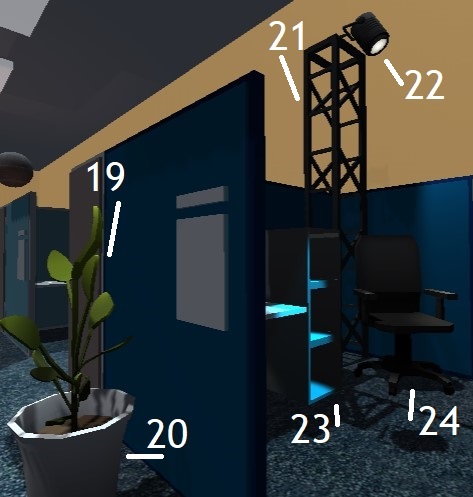 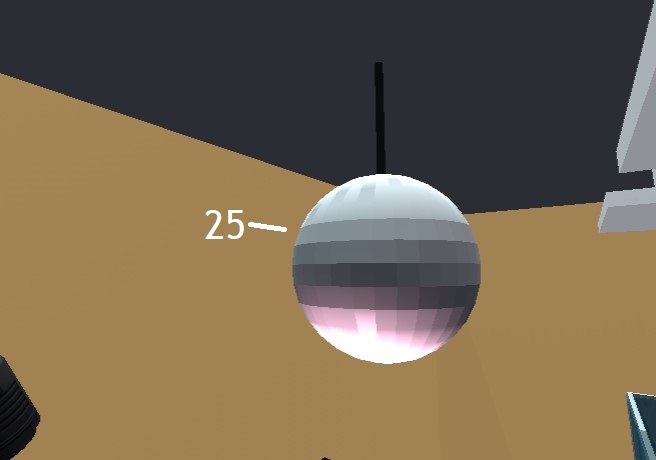 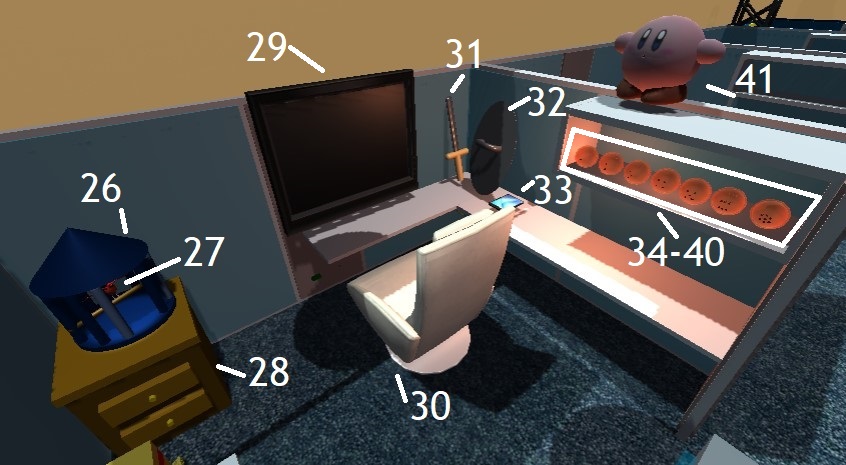 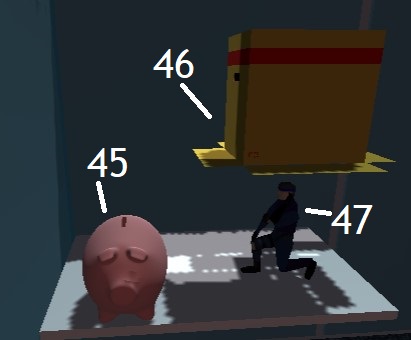 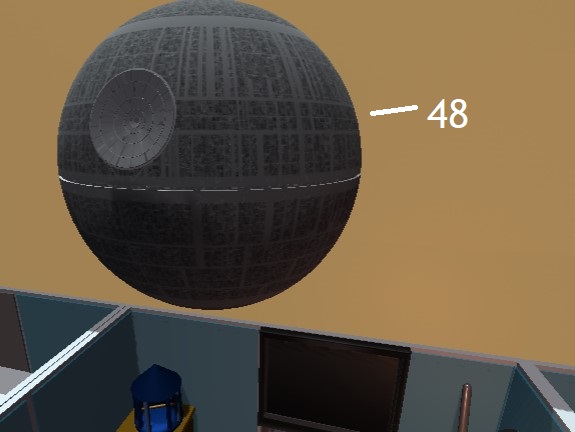 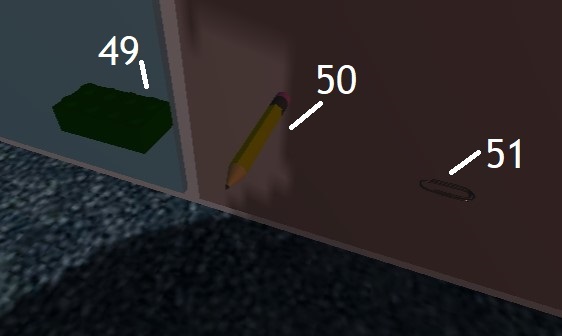 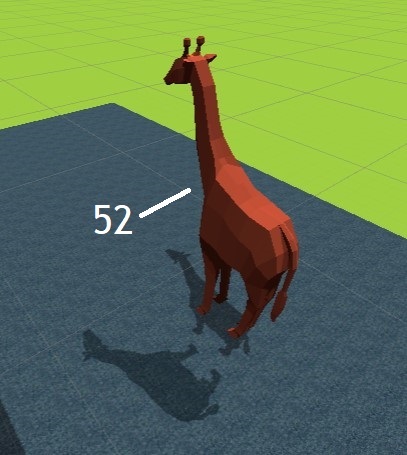 How effective this method is:

Technology has gone very far, and so has virtual reality. One of the biggest applications of virtual reality is to be able to plan a space out ahead of time, whether it’s interior design, structural engineer, or architecture. By working on this project on Unity with the Virtual Reality Toolkit, we find that it is quite feasible from our experience to plan on a design using virtual reality. From a large perspective, such as viewing the whole building or even a block on a city, the user can get an idea of how well the furniture and decorations would blend together. In our program, we were able to grow to a larger size, even past the roof, so that we were able to survey the whole office and see things in unimaginable perspective. At a normal perspective, the user can witness the scene as if it was set up. The user would be able to experience walking in and, in an ideal application, make adjustment such as moving furniture around to saving the layout in real time. Visually, virtual reality is almost perfect, emphasis on the almost. There are some downsides however with our current technology. As of now, emulating fabrics and texture is quite difficult. What if the tile looks great, but ended up being too slippery? What if the chair looks great but actually feels uncomfortable? This can easily be tested, however, as people can test furniture and flooring in person before buying them, or they can get a guaranteed comfortability from the manufacturer. What we didn’t end up doing in the project, however, is the idea that walls and panels can be turned off and on visually. This is a huge plus for anyone who is planning for plumbing, wiring, or air ducts, as running a utility through the wall is much easier when they know the layout and structure within it ahead of time through an x-ray perspective. Another interesting idea is being able to shrink further. One would be able to get perspective on people of various sizes, and this is especially important for those with disability such as dwarfism or are wheelchair bounded. Tables, counters, and sink may be too high to reach for some, so the smaller perspective helps to put the user in the shoes of those with different requirements. We’re also not limited to just structures too! Automotive like cars, busses, airplanes, cruise ships, or even rocket ships benefit from technique like this as well! This offers one of the best way to test visibility from the driver’s seat, as well as provide a way to prototype wiring plans under the chassis without needing to create a physical prototype! But I feel one of the strongest applicating of this technique is that once we are able to work with this type of application in real time, having people cooperate or a “multiplayer” mode would be a huge boost to productivity. When we were working on this application, we couldn’t edit the same scene together, but if we were able to both work on it at the same time, a lot of time could have been saved. Inconclusion, this technique to planning out space and structures is quite promising. Although there are some lack of senses one wouldn’t get from a real version, such as touch, the amount of money and time this could save is well worth it.